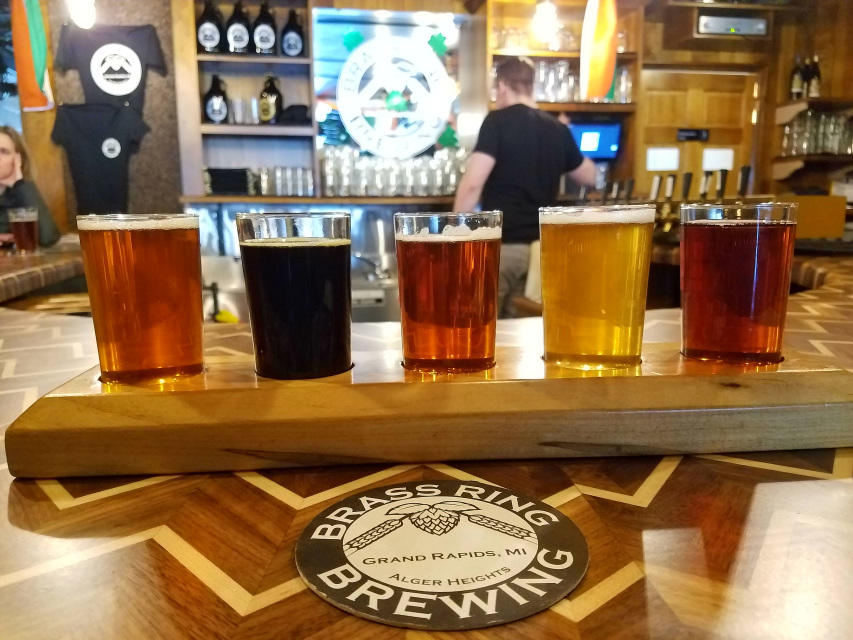 Join us for a Specialty Holiday Tour that will have you visiting Brewery Vivant, Brass Ring Brewing & City Built Brewing Co.

This will be our first visit to Brass Ring Brewing! Brass Ring is gaining fast recognition with their tasty ales & food. You would not expect that they opened in January of this year, it has the feel of a cozy old Irish pub.

We will be celebrating City Built's 1 yearanniversary with them! City Built Brewing Co. has an eclectic array of ales and food. Beers that already have a following are Flower Power (Pale Ale with green tea & camomile) and Chaga Khan (Chaga mushroom Imperial Stout). They specialize in Puerto Rican food and have some of tastiest tacos this side of the state.

​Tour includes 12 large samples of beer, a private brewery tour at Brewery Vivant & Brass Ring Brewing and transportation to and from the breweries with a knowledgeable beer tour guide.

*There will be an opportunity for lunch at the 2nd and 3rd stop (Brass Ring Brewing & City Built Brewing Co.).