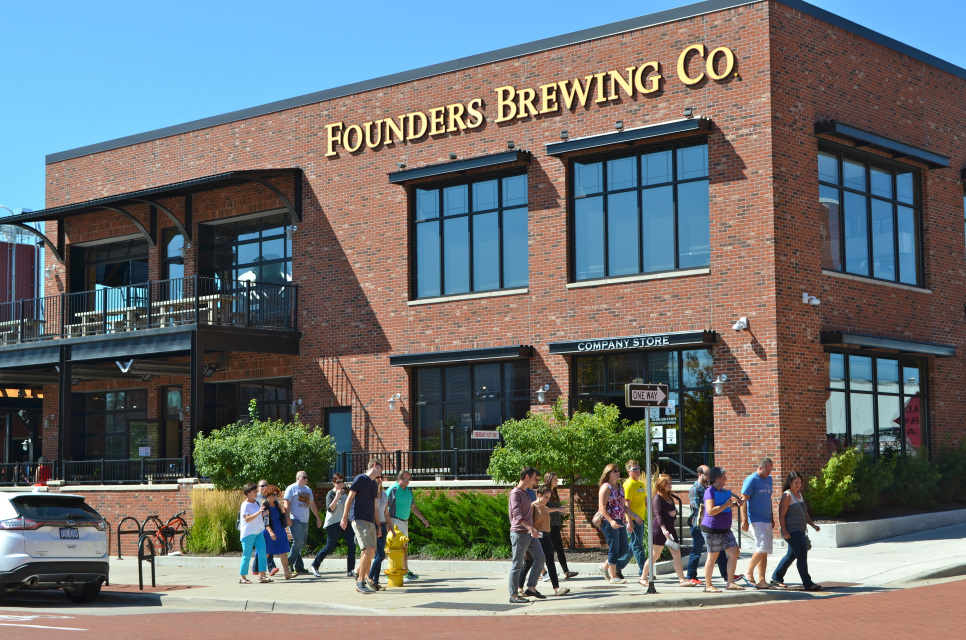 Join us for the last Walking Tour of 2018.The Downtown Walking Tour will have you exploring the craft beer scene of downtown Grand Rapids. On the tour you will be sampling some of the finest beers in Beer City, and find out about the intriguing history of Grand Rapids beer culture. This tour will have you visiting Founders Brewing Company, HopCat, Grand Rapids Brewing Company and B.O.B.’s Brewery, where you will go behind-the-scenes for a private brewery tour. 3 of the breweries are ArtPrize venues!

Founders Brewing Co. is the largest brewery in the state, and one of the most renowned breweries.  They brew some of the highest rated beers in the world!

HopCat has been rated the best beer bar in the world! This is the original location and the only one that brews their own beers.

*We will meet in front of Founders Brewing Co.