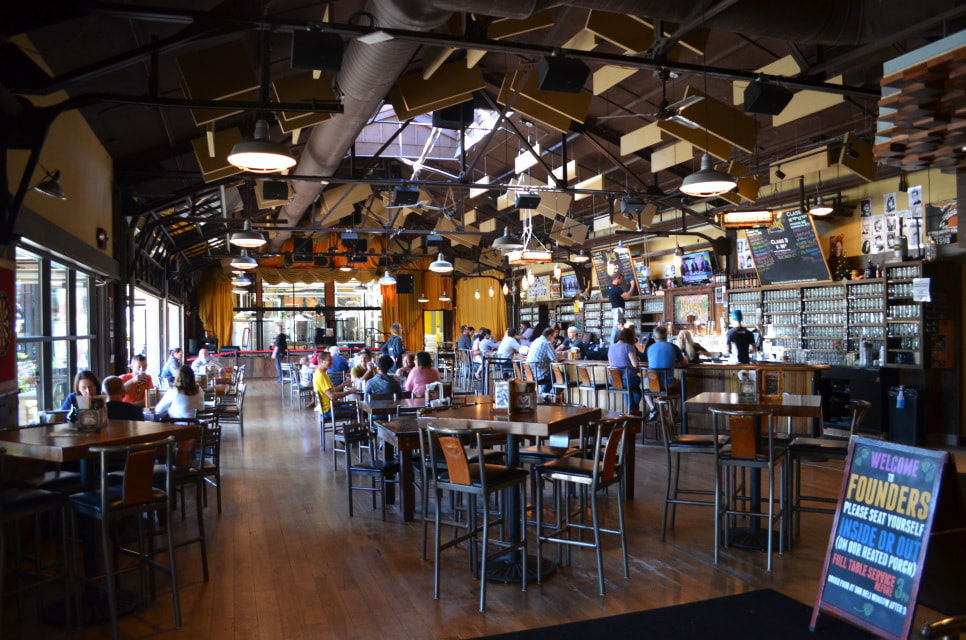 Founders Brewing Co. is the 2nd largest brewery in the state, and one of the most renowned breweries in the world. Their beers are widespread, we'll be trying some beers that you can only get in the taproom and some local favorites.

Harmony Hall is a funky & eccentric brewery that is inspired by the great German Beer Halls. This locally owned brewery has hand crafted sausages, soups, salads and sandwiches... Just like the beer, food is made in house.  Bring or buy a growler, you can only buy their awesome beers on location. They have various lagers, IPA's, porters/stouts and sours to list a few.