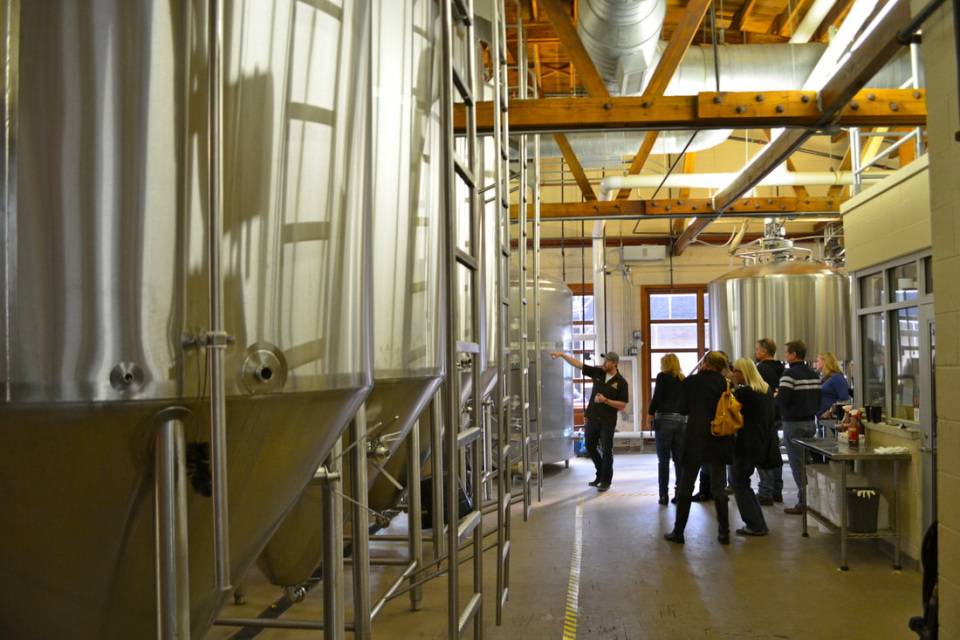 will have you visiting Brewery Vivant, Elk Brewing, and Harmony Brewing Company.

If you haven't heard of Elk Brewing yet, you will soon. They opened at this location in 2014 and quickly grew and opened a larger location in Comstock Park where they started bottling beers such as Dankalicious (IPA) and Blonde Express (Blonde Coffee ale) which they now distribute around the state.

​Tour includes 12 large samples of beer, a private brewery tour at Brewery Vivant and transportation to and from the breweries with a knowledgeable beer tour guide.

*There will be an opportunity for lunch at Harmony Brewing Co. (the 2nd stop).