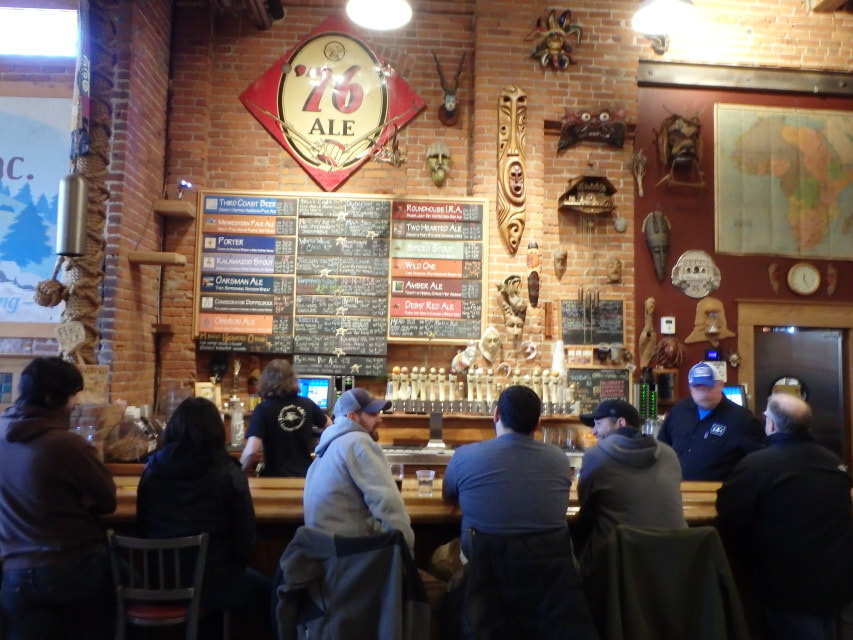 Tour 5: Eccentric Kalamazoo will have you visiting some of Kalamazoo's most popular breweries. We will be visiting Bell's Brewery, Arcadia Ales, Tibb's Brewing Co. and The Boatyard Brewing Co.

Gonzo's BiggDogg Brewing is gaining a name around Michigan with their cans be distributed around the state. One of their most popular ales is the Vanilla Porter, which burst of roasted malts, vanilla and chocolate.

Boatyard Brewing Co. is focused on creating the best possible craft beers while keeping with tradition and adding their own artistic flair. Our visits to Boatyard Brewing usually have us interacting with one of the very friendly owners, who always give us top notch hospitality.

Tour includes 16 large samples of beer, a private brewery tour at Bell's Brewery & The Boatyard Brewing Co. and transportation to and from the breweries with a knowledgeable beer tour guide.

*There will be an opportunity for lunch at Arcadia Ales (2nd stop).

*Pick up and drop off is in Grand Rapids across the street from Founders Brewing Co.