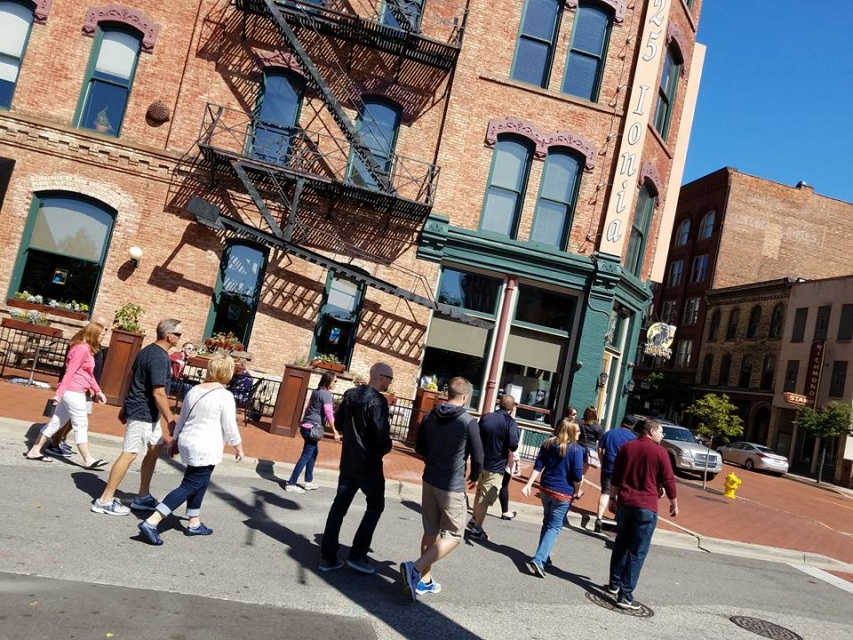 For you hikers and craft beer drinkers, we invite you to join us for Grand Rapids Ultimate Walking Beer Tour! We'll be visiting 6 very popular Grand Rapids breweries on foot.

We’ll be starting at Founders Brewing Co. and we will walk to Grand Rapids Brewing Co., B.O.B.’s Brewery, Atwater Brewing, New Holland Brewing Co. and Harmony Hall. 6 breweries in 5 hours! Just over a 1 hour hike (3.2 miles round trip). Easy hike when you’re drinking delicious cold beers along the way! This time of year average high temperature is around 70 degrees, perfect for a hike around the city!

B.O.B.’s Brewery is the oldest continually operating brewery in the city. They are a hidden gem of a brewery, located in the basement of The B.O.B.

Harmony Hall is a funky & eccentric brewery that is inspired by the great German Beer Halls. This locally owned brewery has hand crafted soups, salads and award winning pizzas!... Just like the beer, food is made in house. They have various lagers, IPA's, porters/stouts and sours to list a few.

New Holland's Knickerbocker is one of the largest taprooms in the state, and their beers are being shipped across the country these days. With beers like Dragon's Milk (bourbon-barrel aged stout) and Mad Hatter (IPA) they have made quite a name. They originally opened in Holland, MI in 1997, we will be visiting their Grand Rapids location.

Atwater Brewery originally opened in 1997 in the Rivertown district of Detroit. We will be trying out their great craft beers on tap inside the historic Rowe Building, downtown Grand Rapids. They are well known for their lagers, Vanilla Java Porter and Dirty Blonde. This location brews on-site several beers you cannot get elsewhere.

Tour includes 12 beer samples (2 at each stop), a brewery tour, and a walk with a knowledgeable beer tour guide providing history of Grand Rapids, beers & breweries along the way.

*There will be an opportunity for lunch at Harmony Hall (4th stop), they have awesome wood-fired pizzas!