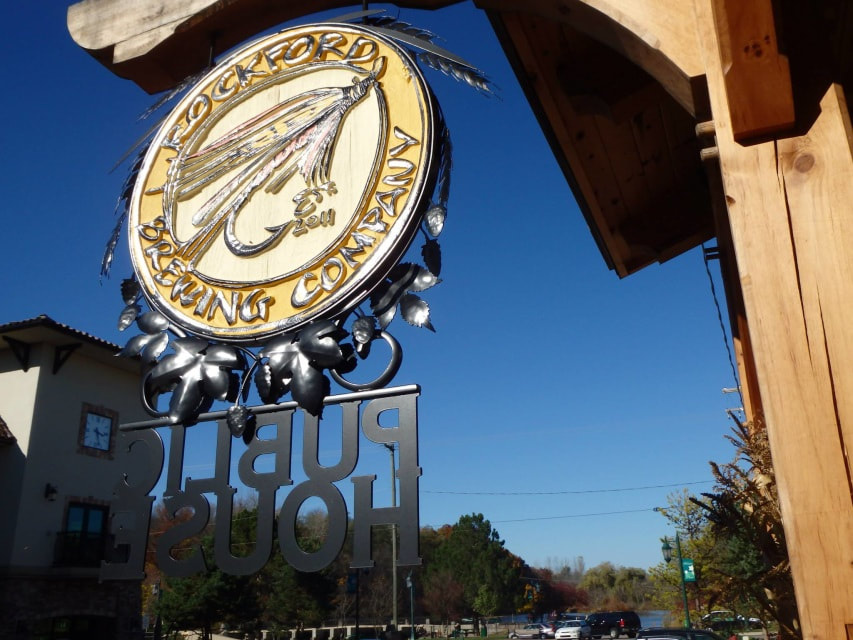 Join us for a beer tour north of Grand Rapids, as the leaves are changing colors! On this tour you will be visiting Perrin Brewing Co., Cedar Springs Brewing Co., Rockford Brewing Co. and Cellar Brewing Co.

Perrin Brewing Co. is one of the largest brewing companies in Western Michigan. They have gained a recognition with beers such as Perrin Black (dark ale that drinks like a cream ale), Grapefruit IPA (tart, citrusy & grapfruity IPA) and various bourbon barrel ages beers.

Cedar Springs Brewing Co. is a unique brewery. Their food & beer menu is half German & half American. A few of their German beers have won awards! Did we mention their food is excellent too?! Lunch break at this stop.

Rockford Brewing Co. got voted #1 Small Brewpub & Small Brewpub Brewer of the year in 2017 at Great American Beer Festival! This is a must visit brewery for anyone coming to West Michigan. Ales such as Sheehan's Irish Stout & Rogue River Brown are award winning beers.

Cellar Brewing Co. has a new location in downtown Sparta! This new brewery/taproom is home to a well-known Black RyeIPA. Other notable beers are their vanilla porter, brown ale, witbier and their dunkleweizen.

Tour includes 12 large samples of beer (3 at each stop), a private brewery tour, and transportation to and from the breweries with knowledgeable beer tour guide.

*There will be an opportunity for lunch at Cedar Springs Brewing Company (the 2nd stop).