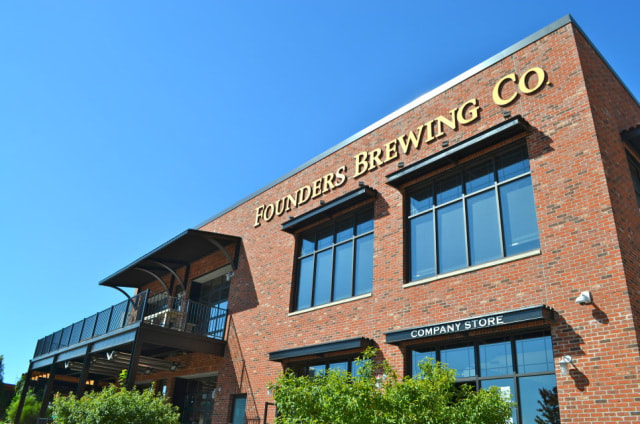 Tour includes 9 samples of beer ( 3 at each stop) and a walk with a knowledgeable beer tour guide providing beer history of Grand Rapids old and new.

*It's a 1 mile hike to the 3 breweries, if walking back to Founder's Brewing Co. (starting point) it's 2 miles.

**Due to new restrictions there will not be an official brewery tour.