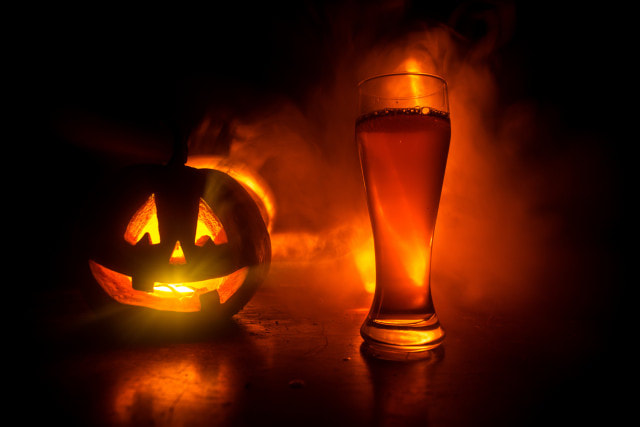 Join us the day before Halloween for the Haunted Beer Tour!  This special tour is for craft beer drinkers & folks who like spooky ghost stories.  We’ll be touring with award-wining tour guide, Candice from Tours Around Michigan (she was voted CTA of the year in 2017 for Kent County!), she leads Ghost Tour Grand Rapids.  In between the breweries on the walk downtown, you will get to hear tales of the ghost that haunt Grand Rapids, which many say is one of the most haunted cities in the whole country.  Whether you believe in ghost or not, this tour is certain to be a fun & unique experience.

The name Grand Rapids Brewing Co. has been around since 1892, their flagship beer was a lager called Silver Foam; you can try the modern version of that beer today! Did we mention they have the best game room in Grand Rapids? At this stop you get to choose any 3 samples you want.

Atwater Brewery originally opened in 1997 in the Rivertown district of Detroit. We will be trying out their great craft beers on tap inside the historic Rowe Building, downtown Grand Rapids. They are well known for their lagers, Vanilla Java Porter and Dirty Blonde. This location brews on-site several beers you cannot get elsewhere. At this stop you get to choose any 3 samples you want.

Tour includes 9 samples of beer  (3 at each stop) and a walk with a knowledgeable beer tour guide providing beer history of Grand Rapids old and new & an expert on ghost tales of Grand Rapids & other spooky history.

*The hike is just over a 1 mile hike, 2 miles if hiking back to the starting point.

*Candice & Brian will accept, and do appreciate tips!