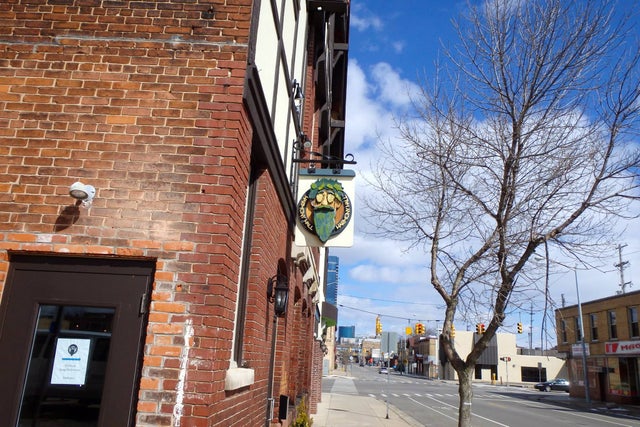 ﻿Grab your winter jacket, hat, and winter hiking boots and join us for a walk to breweries on the beer drenched Bridge Street.  The Winter Walking Tours are for people that don’t mind getting a little chilly, us Michiganders can handle all kinds of weather…especially when tasty craft beers are involved.

On the tour you will be sampling some of the finest beers in Beer City and find out about the intriguing history of Grand Rapids beer culture on the historic west side. This tour will have you visiting New Holland's Knickerbocker, Jolly Pumpkin/North Peak & Harmony Hall.

Jolly Pumpkin Artisan Ales & North Peak Brewing Co. Jolly Pumpkin is one of the most well-known wild/sour ale producers in the country! They make some of the most unique & tastiest sours around! If sours are not your thing (or at least you think they aren't) you will have the opportunity to order non-sour ales from North Peak Brewing Co. at this stop as well. North Peak has IPA's, ambers, lagers, browns, stouts & wheats! North Peak originally opened in Traverse City, Jolly Pumpkin in Dexter Michigan, now you won't have to journey to these locations, they're right in the heart or Grand Rapids! At this stop you get to pick 1 pint (tier 1-2) & 1 sample.

*We will meet in front of New Holland's Knickerbocker (417 Bridge St.). Please arrive a few minutes early to check in.