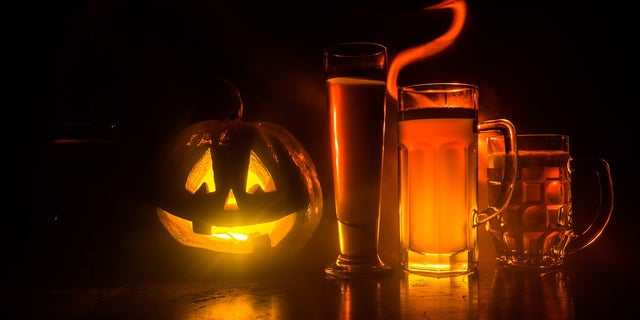 Join us for the Halloween Beer Tour. We will be visiting the most haunted brewery this side of the state, The Mitten Brewing Co. Brewery Vivant resides in an old funeral home, and City Built Brewing Co., just because they have really tasty beers & food (not haunted). Whether you like to be spooked or you just want to drink some craft beer, you will enjoy this unique tour.

The Mitten Brewing Co. is housed inside a 132 year old firehouse, very strange incidences have occurred here, don't take our word for it, check out this link: http://www.mittenbrewing.com/tag/ghost/

Brewery Vivant, a Belgium influenced brewery, was once a funeral home. They are the 2nd largest brewery in Grand Rapids, and they produce a wide variety of ales & lagers.

The tour includes 12 large samples of beer, a private brewery tour, transportation to and from the breweries with a knowledgeable tour guide and ghostly tales.