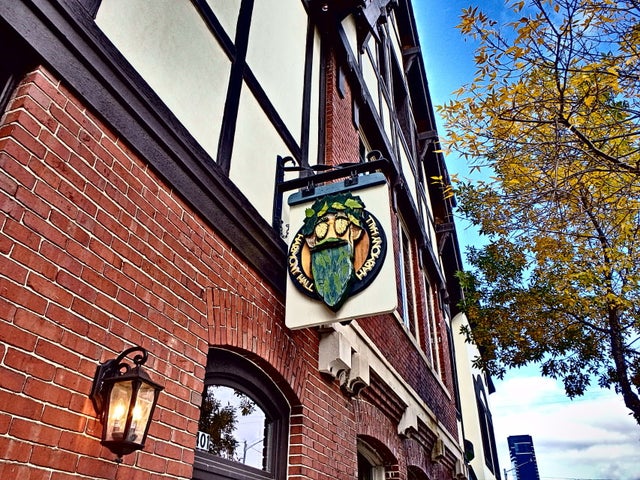 On the tour you will be sampling some of the finest beers in Beer City and find out about the intriguing history of Grand Rapids beer culture on the historic west side. This tour will have you visiting New Holland's Knickerbocker, Harmony Hall and Jolly Pumpkin Artisan Ales/North Peak Brewery.

Jolly Pumpkin Artisan Ales & North Peak Brewing Co. Jolly Pumpkin is one of the most well-known wild/sour ale producers in the country! They make some of the most unique & tastiest sours around! If sours are not your thing (or at least you think they aren't) you will have the opportunity to order non-sour ales from North Peak Brewing Co. at this stop as well. North Peak has IPA's, ambers, lagers, browns, stouts & wheats! North Peak originally opened in Traverse City, Jolly Pumpkin in Dexter Michigan, now you won't have to journey to these locations, they're right in the heart or Grand Rapids! At this stop you get to pick 1 pint (tier 1-2) & 1 sample.

*Note: Kusterer Brauhaus may be on this tour in place of Jolly Pumpkin/North Peak if they are open by this date.

*Parking: We suggest getting dropped off in front of New Holland. If you need to drive we suggest parking at Dash lot 7 or 9. Receive $2 off a food item at New Holland if you flash your parking ticket from these lots.